Go East or Get Fat

Workplace caterers and food producers need to adopt an Eastern approach to catering, seeing food as medicine, rather than simply as a source of sustenance. That was the message from speakers at a British Institute of Facilities Management London Region event sponsored by Partners In Purchasing, which explored trends in medicinal food.

“In the west, we want a quick fix. We have a can of energy drink or a strong coffee, which is the equivalent of pouring petrol into a car. In the East, the
approach is more long-term, to treat food like the oil in the engine. It’s about nourishing the body,” explained Sophia Nadur, founder of Tg Green Tea.

The same is true of how we combat stress, she added, explaining that in the west, people use chocolate, alcohol or antidepressants as a cure, whereas, in
the east, the focus is on a more holistic, preventative approach using herbs such as ginseng, Peruvian Maca root, holy basil and licorice. 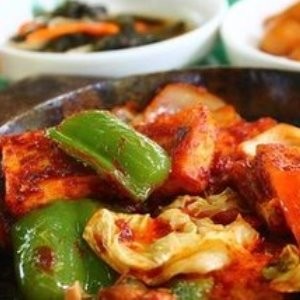 The west is obsessed by so-called superfoods, she said, which are often highly-marketed and over-priced. “Sesame seeds are better for you than Chia seeds; lentils are better and cheaper than quinoa while broccoli has more nutrients and is cheaper than the much-lauded curly kale.

“Caterers need to help people to navigate their way through the minefield of healthy food. We spend a third of our life at work, so if we can develop good nutritional habits there, then it will feed into other parts of our life.” People want products that are daily habit forming, affordable, available, easy to prepare and taste good, she said.

The challenge, said Stephen Minall, founder of Moving Food, is to understand exactly what you’re eating. “It’s not always obvious,” he said citing the example of a standard potato which has between 15 and 28 chemicals in it including six known carcinogens and12 hormone disruptors. Oranges are typically dyed with a carcinogenic dye which people will ingest if they eat the zest; lemons are waxed, often with petrochemical wax which is then ingested. Mineral water left in a plastic water bottle in sunlight, will soon start to absorb carcinogens from the plastic bottle.

“There are tonnes of examples of us unwittingly eating carcinogens. Consumers, and caterers, need to stand up and demand change. The food producers aren’t going to do it.” However, he said that food products could be good carriers for medicinal products such as pain relief or contraceptive pills, if we deliberately used them as a carrier for medicines".

Diana Spellman, founder and managing director of Partners in Purchasing, closed the event, which was held at the top of the Millbank Tower, by arguing that facilities professionals were under considerable pressure to support employee wellbeing and re-assuring their workforce and caterers that cost effective solutions are very accessible within our current range of ingredients and can be incorporated into refreshed dishes and menus which provide excitement
and a new take on health-supporting food products as a key way to support that agenda.

Brought to you by FMJ, the Official Magazine Partner of Facilities Show.