A round-up of some of the big stories in facilities management and workplace wellbeing over the past seven days.

Co-working spaces are lauded for introducing flexibility to the workplace, and the latest figures show no let-up in their expansion. According to Facilitate Magazine, the number of flexible workspaces is set to increase by 56 per cent in 2022, with a new one opening in London every five days, and in New York every seven. Both cities are well ahead of other Europe centres, with Berlin seeing a new co-working space only every 21.9 days, and in Paris every 28.5 days.

This news comes in the same week WeWork filed for an IPO in the United States – and revealed losses of $2.9 billion over the past three years.

A new survey conducted by Opinium and Warwick University has revealed there’s still work to be done to improve workplace wellbeing in the UK.

The survey found 67 per cent of workers who have struggled with their mental wellbeing have never told an employer, and 25 per cent have not taken any time off work – 30 per cent of this group simply wanted to keep it to themselves, compared to 11 per cent who say the same about physical health.

Worse still, around 35 per cent of UK employees say their workplaces still fail to offer any wellbeing support – and this group is likely to have below average mental wellbeing. There’s still work to be done. 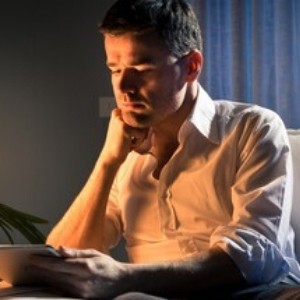 Research by the University of Greenwich suggests the waste collection systems currently used by UK councils are responsible for musculoskeletal disorders (MSDs) – and therefore absences – in their staff. The study demonstrates the use of wheelie bins is associated with far fewer MSDs than boxes and sacks – this includes damage or disorder of the joints and other tissues in the upper or lower limbs and back.

Flexible working is on the rise

According to a report by the Association of Professional Staffing Companies, the number of people working ‘flexible hours’ has significantly increased over the last two decades. In 1999, around 9.5 per cent of British workers were able to work flexible hours, compared to an astonishing 54 per cent today.Meanwhile, the Chartered Institute of Personnel and Development found in its 2019 UK Working Lives survey that around 64 per cent of British workers found it very or fairly easy to take personal time off work.