Phil Brown of Pilkington believes that glazing can play an important role in the government’s plans for moving towards a carbon-neutral economy.

In a bid to tackle climate change, the government recently announced that greenhouse gas emissions in the UK should be cut to net zero by 2050. However, given that the Committee on Climate Change (CCC) – an independent statutory body established under the Climate Change Act 2008 – has already forecast that the UK will miss existing carbon targets in 2025 and 2030, this new target looks ambitious.

The built environment currently accounts for around 40 per cent of the UK’s total carbon footprint, so renovation and retrofitting programmes designed to increase the energy efficiency of existing building stock will be central to meeting carbon targets. And glazing will have a big part to play. A recent independent study commissioned by industry body Glass for Europe found that if high-performance glazing was installed in all UK buildings, CO2 emissions could be reduced by as much as 42 per cent by 2050.

More recently, the Business, Energy and Industrial Strategy Committee issued a report criticising the government for failing to raise the importance of energy efficiency within the business community – highlighting the number of firms unaware of the UK’s emissions targets. The report recommended “a ratcheting up of the minimum energy efficiency standards, the mandating of operational performance ratings, and improved standards for new commercial buildings”.

The report specifically advised the government to assess the viability of raising the minimum energy efficiency standards (MEES) for rented commercial properties to EPC band B by 2035, with D and C acting as milestones during the lead-up. Currently, the MEES for rented commercial buildings is EPC band E – criticised for being easily achievable and not pushing building owners hard enough.

In addition to higher MEES standards, the paper recommended that businesses should become more obligated to implement changes outlined by the government’s Energy Savings Opportunity Scheme (ESOS) – a mandatory requirement for large organisations to carry out energy efficiency assessments across their operations. Currently, only five per cent of businesses take forward the audit’s recommendations in full.

In  the September 2019 spending review, the Chancellor earmarked £30 million for the Department for Business, Energy and Industrial Strategy (BEIS) to develop schemes to meet the net zero commitment by 2050. It may only be a matter of time before we see new measures to encourage energy efficiency improvements to be put in place. 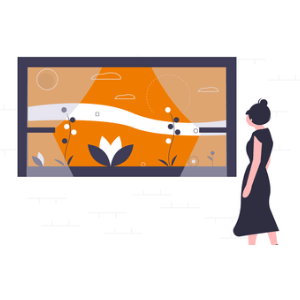 The role of glass

Glass has a huge role to play because more than a quarter of heat lost from most buildings escapes through the windows – 90 per cent of this through the glass itself. Low-emissivity (low-e) glass is one solution designed to prevent heat escaping to the cold outdoors. Low-e glass has an invisible coating which improves its thermal efficiency, reducing heat transfer and reflecting interior heat back into a room. This can significantly reduce the demand for heating buildings in cooler months.

Buildings can also be kept cooler in summer through the use of a solar control solution. This is glass with a state-of-the-art coating that transmits only 31 per cent of the sun’s thermal energy into a building while allowing 60 per cent of light into the internal space, enabling occupants to benefit from bright surroundings.

Deployed together, low-e and solar control glass can help manage a building’s temperature year-round as well as reducing emissions. With 85 per cent of non-residential buildings in Europe forecast to be equipped with air conditioning by 2050, the use of high-performance glazing can minimise the demand for mechanical cooling.

These solutions can also help reduce the initial capital outlay for and running costs of HVAC systems in buildings. The combination of cost-saving and sustainability gains makes this type of high-performance, multifunctional glazing an easier sell to landlords, company directors and building owners.

Climate change is one of the biggest threats we face globally, and governments around the world have committed to making changes – many as part of 2016’s Paris Agreement. Facilities managers have an important part to play in meeting UK government goals. As the clock counts down, pressure will mount on the government to implement stricter regulations to improve energy efficiency in commercial buildings. FMs should plan ahead for the upgrade programmes that are likely to be necessary to meet future, more stringent standards.