Why is Office Nutrition so Important?

Adults that work full-time spend 60% of the hours that they are awake in their place of work. During this time, on average, these workers will consume a third of their daily calorie intake.

Consuming a third of your daily calories in unhealthy food can have a major impact on mental and physical health, which is why a lot of attention is turning to office-based nutrition.

Obesity is a growing 21st century healthcare epidemic. In 2010, a study estimated that 18 million sick day absences were due to obesity. On top of this, the indirect cost of loss of earnings due to obesity-related absence rose from £2.58 billion in 2004 to £3.6 billion. Organisations are beginning to realise that introducing improvements to office nutrition is a worthwhile investment.

What problems arise with an unhealthy diet?

Busy schedules, workload, and stress are only a few of the reasons that employees find it difficult to maintain a healthy diet at work. Many employees spend their lunch times tied to their desk, not only a detriment to their mental health, but also to their physical health.

The presence of unhealthy food choices in the office, whether that be in the cafeteria or vending machines, drives workers to pick up unhealthy snacks.

Sugary foods, like the infamous chocolate and energy bars that line the vending machines, provide energy that goes straight into the bloodstream making us feel temporarily energised. However, when sugar levels drop again adrenaline kicks in, leaving workers feeling depressed, irritable or nervous.

Caffeine is another one of the silent enemies of the workplace. The dehydrating qualities of your early morning coffee can reduce mental performance and cause headaches.

The International Labour Organisation claims that inadequate nourishment can reduce a worker’s efficiency by 20% and poor nutrition has been linked to sickness, absenteeism, low morale and an increased risk of accidents in the workplace. Now, many companies are seeking a solution. 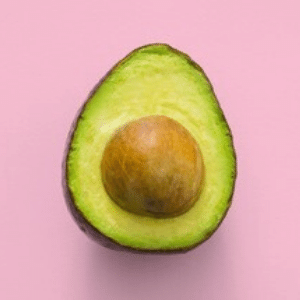 What are the benefits of good nutrition in the workplace?

The 2013 study also found that employees that had healthier diets were 25%  more likely to have higher job performance. That’s why employers are becoming increasingly interested in what they can do to change the bad
press around workplace nutrition.

What can employers do?

WELL Building Standard is a performance-based system for measuring, certifying and monitoring features of the built environment that impact health and wellbeing. It’s aim is to implement design strategies and policies in the workplace that increase access to healthy food and promote health through good quality nutrients.

A study that assessed the nutritional environment of the workplace in 2011 found that 59% of those surveyed cited ‘hard to get at work’ as the most popular reason for not eating fruits and vegetables.

Studies show that employees who eat fruit, vegetables and grains are more productive compared to those who make unhealthy choices. Something as simple as providing free fruit at the office every morning would encourage staff to eat 1 of their 5-a-day.

Persuading staff to opt to make their own lunch rather than going for unhealthy snacks will not only benefit them financially, but can mean they consume 15,000 calories less per month.

Providing a communal eating space can also encourage healthier food choices whilst increasing employee interaction. Isolation at meal times can be a source of stress for workers so providing an area that they are able to relax and interact in could eliminate it.

An eating area will also encourage staff to eat away from their desks. Not only is it unhygienic, but having high levels of cortisol (the stress hormone) can cause indigestion, so relaxing while you eat is important.

A lack of information

As we are in the age of technology and social media, lots of information from many different sources are shared daily, but this information can often be misleading.

The British Nutrition Foundation ran a study of 500 adults across the UK. The findings showed that 43% of the adults questioned found it difficult to find reliable information on what is considered a ‘healthy diet’.

Roy Ballam, Managing Director and Head of Education at BNF, said “with two thirds of adults overweight or obese, the UK is in the middle of a crisis - lack of consumer knowledge and reliable information makes obesity a huge cause for concern.”

“In the digital age there is confusion over information and what is reliable. The public need more consistent messages about diet and nutrition”.

The study by the BRM also found that 68% of those surveyed were motivated to eat healthily for weight control purposes. When food shopping, 61% often checked the nutritional values of the food they were buying.

Ballam commented that it was “encouraging to see people motivated to eat well and check the nutritional content but they are clearly struggling to put it into action due to being stressed, too tired, or too busy”.

The same study showed that a quarter of those surveyed didn’t have enough time to prepare healthy food at work and 28% said that there were too many unhealthy foods on offer in the workplace.

“There seems to be a number of barriers within workplaces that make controlling weight difficult”.

With the myriad of physical and mental health issues that a poor diet can cause, implementing positive changes to employees’ health is a worthy investment. With good habits and good nutrition in the workplace, employees are left feeling mentally and physically positive, making any office a healthy wellbeing environment.