Co-operation and Collaboration are Vital for Effective Counter-terrorism

Commercial competitiveness must give way to collaboration as on-site teams work to deter terrorists. Response plans are clearly important but reducing the risk of an attack must always be the focus of counter-terrorism efforts.

In the event of an attack, it goes without saying that disaster response and business continuity plans should be well established, known by all staff and tested regularly. Working on the assumption that an attack will happen is the best way to stay prepared in the event that it does.

While this is clearly important, it doesn’t constitute counter-terrorism as the dictionary would define it. To state the obvious, once an attack has happened, the damage has been done. The event that you’re trying to counter has already taken place.

Effective counter-terrorism is about reducing the likelihood of an attack, and getting it right requires everyone on-site working together, just as they would in response to a terrorist event.

The nature of terrorist threats has diversified and that has affected approaches to counter-terrorism.

No longer is it simply a case of identifying suspicious packages or unattended luggage; teams must work against a variety of tactics employed by terrorist organisations.

A major part of counter-terrorism is training, but it would be a mistake to focus on security staff alone. 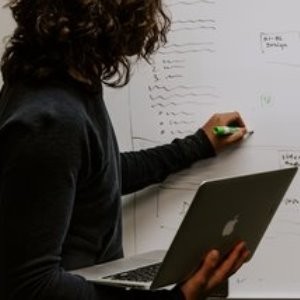 Think about the wider facilities management effort. Cleaners, engineers and parking attendants - to name only a few of the teams working on a site every day - all see and hear a lot of what happens both during and after opening hours.

At ABM, we make sure they are all trained in counter-terrorist strategy and that they can play a meaningful role in reducing the chances of an attack.

Now, consider the employers of the individuals performing these roles. It’s likely you have a combination of staff working for the managing agent, any number of facilities services providers as well as numerous subcontractors.

Typically, firms compete on a commercial basis to win FM contracts but when it comes to counter-terrorism, competitors must become collaborators.

Not only should they share the training room, but they must be in constant communication.

Before an attack, terrorists will carry out reconnaissance on a target site. Often, they are looking for patterns in the behaviour and movement of both visitors to a site, and the people working on a site.

Patterns that repeat over a period of months are helpful to their plans, but when those patterns are disrupted, their confidence is dented and plans are dropped. Randomising patterns of behaviour and introducing new counter-terrorism approaches will cast doubt in the eyes of those planning an attack.

Doubt is the key to successful deterrent.

Any terrorist that suspects they have been detected will, in fear of arrest, abort their plans and move on.

Although patterns should appear randomised, they must be changed with confidenceand executed with precision by everyone working on-site.

That only happens with clear, consistent and concise communications across all parties.

Justas the nature of terrorist threats has changed, so must efforts to deter them. Preparing to respond to the worst-case scenario is clearly important, but preventing it from happening in the first place must be the collective objective of everyone working on-site.

Adam Baker is the Marketing and Business Development Director at ABM UK, a leading provider of facilities solutions.