Driverless Cars 101: The Good, The Bad And The Tech

On December 8th 1926, readers of the Milwaukee Sentinel newspaper will have gaped at the following self-driving car article:

“A phantom motor car will haunt the streets of Milwaukee today. Driverless, it will start its own motor, throw in its clutch, twist its steering wheel, toot its horn and it may even ‘sass’ the policeman at the corner. The ‘master mind’ that will guide the machine as it prowls in an out of the busy traffic will be a radio set in a car behind. Commanding waves sent from the second machine will be caught by a receiving set in the ‘ghost car.’”

Driverless cars are not a recent phenomenon. For decades now, we’ve been trying to go hands-free.

Throughout the 1950s, for example, General Motors created a set of prototypes titled “Firebird.” The designs were never intended for production, but they set out to illustrate the extremes in technology and design General Motors were capable of. Firebird II was described to have an “electronic brain that allowed it to move into a lane with a metal conductor and follow it along."

Since then, we’ve made huge advancements. Driverless cars, also referred to as autonomous cars, autonomous vehicles or self-driving cars, are on their way.

How many self-driving cars were on the road in 2018?

Currently, we’re in testing mode. This ‘autonomous-vehicles-around-the-world’ map, developed by Bloomberg Philanthropies and the Aspen Institute, shows you exactly which cities are on the go. There are two categories: those that are in pilot mode and those that are in preparation mode. The fact that more cities are in pilot mode than in preparation mode speaks volumes for our levels of development.

What does the near future for driverless cars look like?

Continuing on from their efforts in the 50s, General Motors “plan to start producing ride sharing models as soon as 2019.” 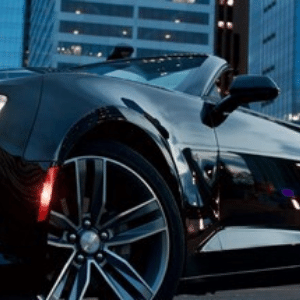 How do driverless cars work?

From a functionality perspective, there are multiple systems in play when it comes to self-driving car technology.
In his TEDx Talk, David Silver runs through the 5 main components of how self-driving cars work:

What benefits do they bring to the table?

Driverless cars have the capacity to reduce emissions, congestion and the number of accidents on our roads. And unlike humans, machines are really good  at sticking to the rules – advice to slow down, adhere to speeding limits and stay in the right lane are viewed as mandatory.

What are the risks associated with driverless cars?

In Arizona, a woman died after she was hit by a self-driving Uber car, and in another incident, a man in a Tesla Model X was killed when the car was in self-driving mode. So, are driverless cars safe?

Well, it’s their aim to be. Reducing road fatalities is a motivating force behind development. In the U.S., over 90% of road accidents are caused by an error on the driver’s part.

Arguing this, however, Peter Hancock notes that the figures on human-error crashes include those on rough terrains and those in extreme weather conditions. Driverless cars, however, are often trialled on clear days and on quiet, well-built roads, with very simple tasks to complete.

That’s why comparing the safety of driverless cars to human-driven cars is an apples and oranges scenario. There have also been far fewer driverless cars on the roads than human-driven cars, so sitting raw fatality figures side by side is ultimately inaccurate. Indeed, “It will take some time before self-driving cars can cover as many miles in a year and in as many circumstances as human drivers presently do.”

On the flip side, Alex Roy’s opinion piece on the matter makes a really interesting point. Tesla’s Autopilot is a series automated driving system, and even if it were to work perfectly, it can’t “eliminate the types of crashes” experienced thus far, because it hasn’t been built to. It has been built to replace human input, not enhance human input. Until we get to a point where driverless cars require no human input at all, improvements won’t reduce the risk of fatalities.

But Roy puts forward a solution: parallel automation. He writes, “The most advanced commercial and military aircraft combine series and parallel automation, and in concert with professional training have made our skies orders of magnitude safer than our roads.”

The bottom line – are we ready?

Technology has a knack for outpacing its creators.

We have a role to play here. We have a social responsibility to know what automation can and can’t achieve – because ultimately, we’ll be experiencing its effects, and its capabilities will change our behaviour.

Mark Wilson summarises it well. He writes, “As an urban planner who has analyzed how technology affects cities, I believe that driverless vehicles will change everything that moves and the stationary landscape too.”

Sign up to receive Facilities Management News, brought to you by Facilities Show